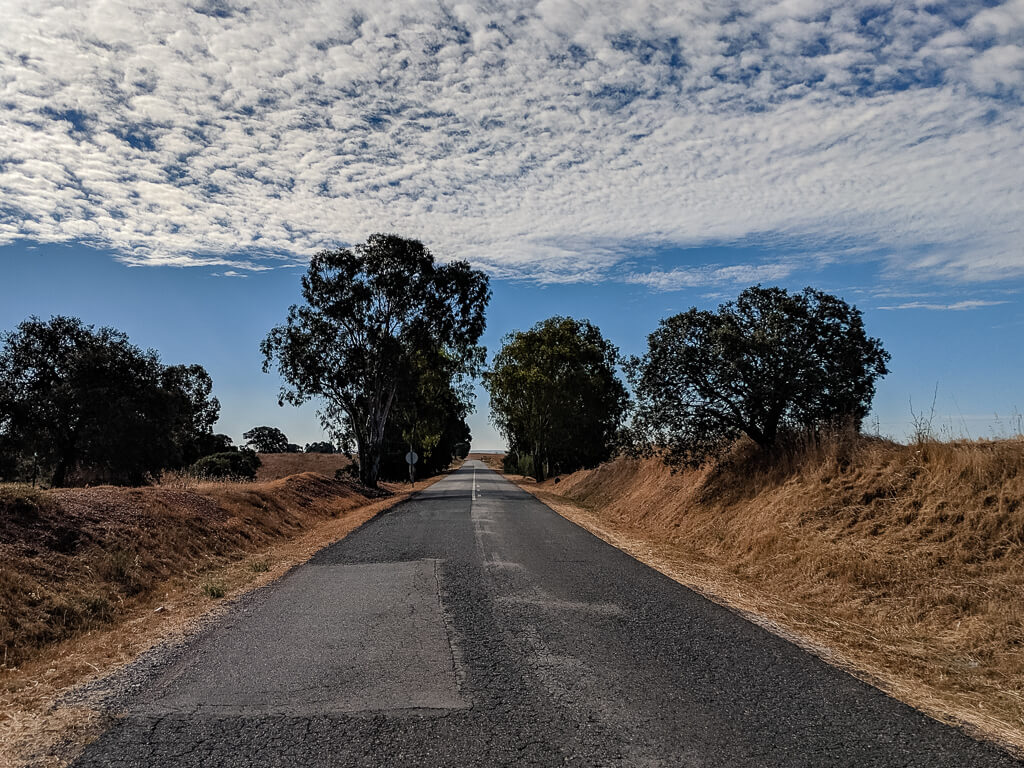 Flying Between Lisbon and the Algarve

The Algarve is served by two airports. The main international airport is Faro, but there’s also a much smaller domestic airport in Portimão. Flights between Lisbon and Faro are operated by TAP three to four times a day and take around 45 minutes. Although it seems like the quickest route, you do need to add the time to get to and from the airport, time spent at the departure gate, and time waiting at arrivals at your destination. Once you factor in these, that 45-minute travel time quickly increases!

If booked well in advance, then one-way flights between Faro and Lisbon can be purchased through TAP around €50, or returns for €100 without baggage. TAP charge around €25-30 extra for hold baggage and seat allocation. Sevenair operate flights from Portimão, to Cascais, Viseu and Bragança, with all flights stopping in Cascais. It’s a small airline that mostly operate turbo-prop planes, but it’s not as expensive as you imagine! Flights can be purchased for around €80 to and from Cascais.

If you have a specific destination you will also need to factor in your transfer in the Algarve. Faro’s Airport is several km outside Faro, so you’ll need an extra transfer to the city centre before making onward travel to the rest of the Algarve. If you’re coming to Faro specifically, then taking a plane is the quickest method. With all the extras, flights are often only convenient for business travellers or people arriving at Lisbon airport who want to transfer to Faro straight away, not for more casual or slower paced travelers.

Lisbon to the Algarve by Train

Trains are perhaps the most convenient method, blending both convenience, cost, and travel time. There is one railway line from Lisbon to the Algarve, but several different services operate on it. The services are the Alfa Pendular and the Intercidades, both are run by the national operator Coimbois de Portugal. Of the two services, the Alfa Pendular is quicker and takes around 3 hours, whereas the Intercidades takes around 3 and a half hours. The main difference is the number of stops both trains make, the full timetable for both trains can be found on the CP website.

The Alfa Pendular departs Lisbon, from Oriente and Entrecampos before making its way to the Algarve. The Intercidades departs Lisbon, from Oriente, Entrecampos and Sete Rios before making its way to the Algarve. When in the Algarve, both trains stop in Tunes, Albufeira and Loulé before their final destination of Faro. Only the Intercidades stops at Messines-Alte in the central Algarve.  A regional train line operates along the coast of the Algarve from Lagos in the west, to Vila Real de San Antonio in the east. To travel to the west, you’ll need to change train at Tunes and hop onto a regional train there. To travel east, you can change train in Faro.

The service is reasonably priced, convenient and reliable, but there are a few caveats though. Several of the stations in the Algarve are actually located outside of the towns they’re named after. Albufeira, Loulé and Silves to name a few, if you’re final destination is one of these towns, then you’ll need to think about an extra transfer to the town itself. The services are also pretty popular in the summer and its not uncommon for them to sell out. The final thing to consider is baggage. According to the T&C’s baggage is limited per person, although in practice I’ve yet to see anyone stopped.

What does the train cost from Lisbon to the Algarve?

A single ticket from Lisbon to Faro on the Alfa Pendular costs €31.30 and €23.30 for 1st and 2nd class respectively.  On the the Intercidades it costs €28.80 and €22. However, discounts are available, if you purchase your ticket in the advance you can get up to 50% off. Other discounts are available and we cover many of them here in our guide to trains in the Algarve. Tickets can be bought on their website, on the CP app, or at the stations.

Lisbon to the Algarve by Bus

A regular bus service is also available between the Algarve and Lisbon. The service is carried out by Rede Expressos also referred to as Renex. The bus takes around 3-4 hours. In Lisbon, you can usually catch a bus at either at Sete Rios Bus Terminal on the blue line of the metro. Or at Gare do Oriente on the red line. Unfortunately, there are no departures from the airport, you will need to transfer to either of bus terminals. Both bus terminals are conveniently located for train departures and arrivals though. Nearly all the major destinations in the Algarve have bus terminals, and buses will stop at most of them on their way across the Algarve to Sagres in the west and Vila Real de San Anotnio in the east.

One of the biggest complaints people have with the bus services are delays. That said, the coaches are airconditioned and Wi-Fi equipped so it’s not usually an uncomfortable wait. Buses also tend to be stricter on the luggage you have – probably because the drivers have to load and unload it themselves. You can check the full details here, but in general its up to 20kg of luggage, and small carry on items to go in the racks above the seats.

What does a bus cost from Lisbon to the Algarve?

Tickets cost from €19 one way, or around €35 for a return trip. All trips can be booked on the Rede Expressos website up to 30 days in advance. Their website is available in English, French and Spanish as well as the native Portuguese. Discounts are available for children, youths, students and seniors.

Driving from Lisbon to the Algarve

The most flexible option, although second most expensive is to take a car. Either your own or a rental. Obviously, the biggest advantage of taking a car is freedom and the lack of transfers. You can drive directly to your destination without needing a separate transfer. However, you’ll need to consider fuel costs and tolls if you want to take the quickest route. What cannot be understated is the freedom and flexibility that driving a vehicle will give you. Some of the towns along the way, like Ourique and Odemira make wonderful stopping points, for lunch or coffee breaks.

The quickest route is around 280km and should take around two and a half hours. However, this route involves toll roads on the A2 and the A22 in the Algarve. In real terms it will cost around €25 in tolls for an average car to get from Lisbon to Faro. But this cost goes up for 4x4s, vans and commercial vehicles. The official toll calculator can be found here, but it’s a rather confusing and elaborate website to use. If you use the route that avoids tolls the distance is very similar. However, due to the smaller and slower roads it will take around three and half to four hours to drive. Fuel costs are hard to work out, and completely dependent on your vehicle. The most recent trip we made in an economy rental it cost around €25 in petrol one way.

If you’re looking at renting a car, read our guide here! It covers everything you need to know and how to avoid the extra costs.

Cost and Time Comparison of the Different Methods of Travel

What is the cheapest way to get from Lisbon to the Algarve?

Taking the train is the cheapest way to get to the Algarve from Lisbon, it costs €22, or €11 for an advance discount ticket to Faro.

What is the quickest way to get from Lisbon to the Algarve?

The quickest way is to fly, it takes around 45 minutes, but it’s expensive. Second quickest method is to drive, it can take under 2 and a half hours to get to Faro.

How do I get from Lisbon airport to a Lisbon bus terminal or train station?

If you’re arriving at Lisbon airport, then you’ll need to transfer to either a bus or train station.. You can do this by either using the metro, or the local bus service. The Metro runs every few minutes from the airport between 6am and 1am daily. It takes around 6 minutes to get to Oriente and around 25 minutes to Jardim Zoológico (closest metro to Sete Rios). Tickets cost €2,00 for each journey, which includes 50 cents for the rechargeable card. There are two local buses you can take, the specific Aerobus, the no. 2 goes direct to Sete Rios and takes 25 minutes. Or the local bus, 744 which stops at Oriente. The Aerobus costs €4, while the 744 costs €2.

Can I get a private transfer from Lisbon to the Algarve?

Yes, but they will be expensive. They’re not mentioned above because of the cost. Several companies offer this service, but in some cases you can expect to pay around €200-400 for four people. Much more for bigger vehicles.

Which is the best route between Lisbon and the Algarve?

The simplest way to decide is to work out the most convenient methods to your final destination. For example, if you’re visiting Lagos, it’s probably most convenient to use the train or drive yourself. Lagos has a well-located train station, so it’s simple enough to get the train from Lisbon, switch trains in Tunes and arrive in Lagos. However, the answer changes if you’re heading somewhere that doesn’t have a convenient train station, like Albufeira or Vilamoura. For these places, it might be more convenient to take the coach, as most coaches stop in Albufeira on their way to Faro. If you’re going further away from the coast, maybe to Monchique or Alcoutim, then driving is best as these don’t have simple public transport connections. Although the central and popular places are well connected, the rural Algarve is not so accessible.

Do you travel between the Algarve and Lisbon? Share your travel tips with us and our readers in the comments below!