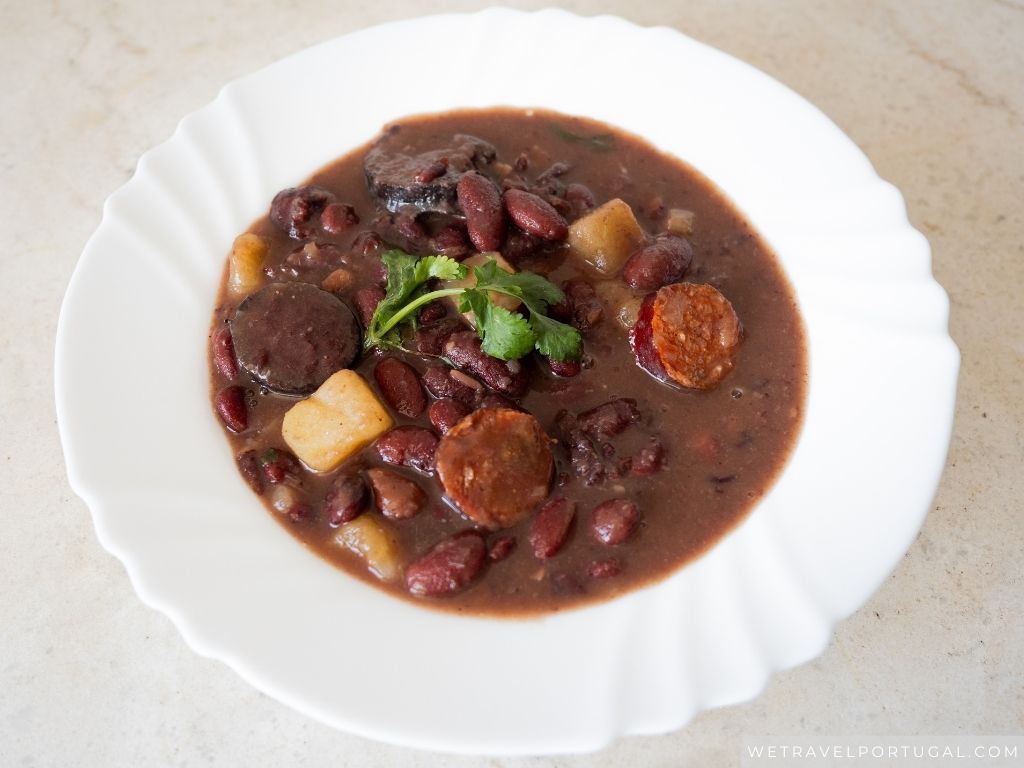 One of the best ways to start a meal in Portugal is with a bowl of warm soup. They are widely available across the country and so popular, that even some big fast-food chains will have a selection of soups included on their menus. They can be a simple vegetable soup or more elaborate concoctions like Caldo Verde.

One of our favourites and less well known to visitors is Sopa da Pedra. If you know your Portuguese, you might have spotted the word stone in its name. Portuguese Stone Soup is a traditional dish from Almeirim in Santarém, and is part of a popular European folk story.

The story has many variations of a similar theme, hungry travelers arrive in a new place and begin begging for food. Unfortunately for the travelers, no one has food to offer. So the travelers begin to make a soup with non-edible objects like metal or wood. The strange soup making attracts the curious towns people which the travelers then trick into contributing to the soup with vegetables and meat in order to improve the flavour. They story is told in many different ways across Europe, sometimes being called axe Soup or wood Soup, in Portugal the traveler was a monk, and a stone was the base of his soup. The story is believed to have a moral connotation to reinforce the importance of sharing in times of need.

The traditional recipe combines red kidney beans, potatoes, and cured meat typical of the region. Several traditional recipes still include the stone that is removed before serving, but we leave that bit out in our recipe. It is a delicious, hearty soup that is actually really simple to prepare. It filling enough that it should easily convince those that believe the soup should not be considered a meal. If you’re still not convinced to give it a try, how about this. It was selected as one of the seven wonders of Portuguese gastronomy in 2011.

Have you tried this recipe? Let us know in the comments below!