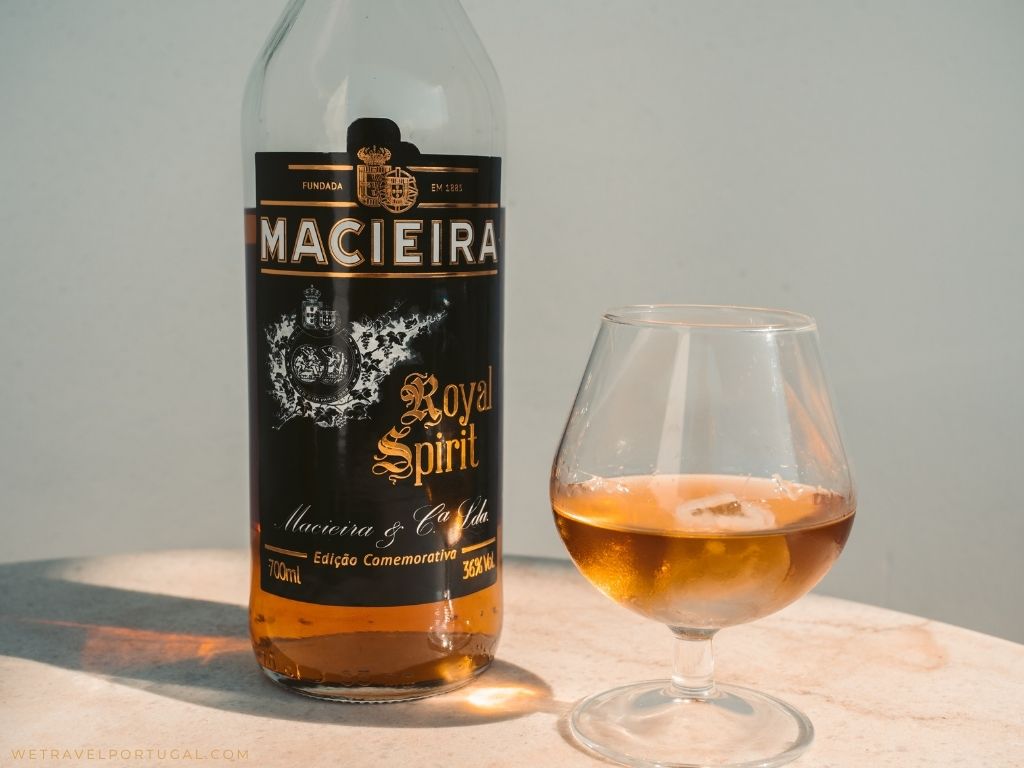 Thinking of brandy, you might first think of Cognac and Armanac in France. However, brandy connoisseurs will know that Portugal produces some fine brandies too! Don’t quite believe us yet? Well Lourinhã in central Portugal is one of only three regions in Europe that is a Denomination of Controlled Origin to produce brandy, alongside the previously mentioned and much more famous Cognac and Armanac. The history of brandy is closely tied to wine, and many countries specialised in wine production produce more than a fair share of brandies.

Contents show
What is Brandy?
A Quick History of Brandy
Brandy Today
Aguardente and Other Portuguese Brandies?
Brandy and what has it got to do with Portugal?
Portuguese Brandy you Should try!
DOC Lourinhã
Macieira
Adega Velha
How to Drink Brandy?
Will you be Trying Portuguese Brandy Soon?

First up, lets have a quick explanation of what brandy is and how it’s produced. Typical brandy is a liquor produced by distilling wine. Important note here, brandy and the Portuguese term aguardente is and can be used to describe other types of distilled alcohol.  Today, we’re looking specifically at Aguardente Vínica, which is what most English-speaking countries refer to as brandy. Brandy itself comes from the Old English word brandewine, which actually comes from the Dutch brandewijn. In Dutch this comes from the words for burnt wine gebrande wijn. The key part to remember, brandy in the traditional and historic sense comes from distilling wine. Nowadays, brandy and aguardente is used to describe many other types of distilled alcohol.

A Quick History of Brandy

Historically, it is believed wine was first distilled by commercial vineyards, or wine merchants. Several reasons are often given. First, distilled wine was much easier to ship long distances than wine, it kept without spoiling. Second, space on ships was limited and it was easier to ship higher quantities of concentrated wine (distilled) and then mix it with water at its destination. Lastly, taxes are another reason often given as part of its origin story. Distilled alcohol was taxed differently to the much more popular wine. So it became cheaper to distill the wine and pay customs on distilled alcohol rather than importing and selling wine. It would then be mixed with water to create brandy-wine at its destination. Which ever reason you favour, the result is the same. The brandy was shipped in oak barrels. By the time it reached its destination, it had transformed into an oak aged drink of caramel colour. Familiar with us today as brandy!

Today, brandy usually contains 35–60% alcohol by volume and is typically consumed as an after-dinner digestif. It’s significantly out of fashion to mix it with lots of water to create a much lower alcohol drink. Although a few dashes to enhance the flavour is acceptable! Traditionally produced brandies are still aged in wooden casks. However cheaper ones use a variety of manufacturing processes to imitate the caramel colours and effects of aging. Brandies, and various other types of grape alcohols have typically originated alongside many of the famous wine producing regions of France, Spain, and Italy. Among the most famous are Cognac and Armagnac from southwestern France.

Aguardente and Other Portuguese Brandies?

Confusingly, the term brandy and the Portuguese equivalent aguardente can be used to describe many other types of alcohol. Aguardente comes from a combination of the words água (water) and ardente (fiery). Varieties, especially the homemade ones have a reputation to match their name. Essentially, any ingredient can be used to form a brandy. In the Algarve, you may have come across Aguardente de Medronho. Aguardente de cana-de-açúcar, well that’s brandy from cane sugar and it’s much popularly known as Cachaça. It is easy to be confused between brandy in the traditional sense (distilled wine), and any type of distilled alcohol. To make sure you’re getting the brandy you desire pay close attention to the label!

Brandy and what has it got to do with Portugal?

Wine, and lots of it. Along with Cognac and Armagnac, the Portuguese Lourinhã region is a designated brandy-production region in the world. Brandy that is produced in DOC Lourinhã, has to follow strict regulations ensuring its exceptional quality. This brandy itself is mostly produced with neutral white wine that has great acidity. After it is distilled, the spirit is aged in oak casks before it is cut with water to reach the desired alcohol content of 40% ABV. Aging must be carried out in the designated region, exclusively in oak or chestnut barrels. The specific climate, terroir, and the proximity of the sea are reported to influence the final character and are what is said to make Lourinhã brandy so special.

Portuguese Brandy you Should try!

First and foremost, if you have a specialist wine merchant near to you, you should absolutely seek out any of the exceptional brandies from Adega Cooperativa da Lourinhã. They represent the artisanal production methods and excellent qualities of the brandy available in Portugal. Unfortunately, they are at the higher end of the price level, with their cheapest bottle being around €40.

Perhaps the most famous of the Portuguese brandies is Macieira. Named after its creator José Guilherme Macieira. His recipe was a created after he studied wine making in the French Cognac region. In 1865, José Guilherme’s father founded Macieira & Cª Lda and several years later it would begin producing Macieira brandy. It became a hit and was known for its exceptional quality and was reported as a personal favourite of the famous Fernando Pessoa. The brandy is still exclusively produced in Portugal, with Portuguese grapes, but in 2000 was purchased by the French Pernod Ricard drinks company. You’ll find varieties of Macieira at most supermarkets and the bottles start at around €10 in price.

Although not as widely known as other brands, Adega Velha stands out for one of several reasons. It is produced in the Vinho Verde region by the famous Quinta da Aveleda. A 150-year-old estate that’s famous for its selection of vinho verde wines. Adega Velha is its brandy wing and it produces exceptional brandies from vinho verde grapes. The brandy itself is produced in stills brought from the cognac region of France, and it’s aged in French oak barrels. It’s offerings start at a 6-year aged brandy for around €25 and goes up from there!

How to Drink Brandy?

Brandy has traditionally been served at room temperature in a snifter, a wine glass or a tulip glass. All of these glasses have a wider bowl and a thinner opening. When drank at room temperature, it is often slightly warmed by holding the glass cupped in the palm or by gentle heating. With chilled wines, you’re often taught to hold the glass by the stem, to stop the act of warming the wine. However, with brandy it’s actually encouraged. Although, moderation is key as excessive heating may cause the alcohol vapour in the brandy to become too strong, causing the aroma to become overpowering. If warm brandy is a bit too old fashioned for you, or perhaps you like chilled drinks to pair with the warm weather. Serving Portuguese brandy with a single large ice cube is becoming much more common. Brandy and Aguardente Vínica can also be used as a base for some exceptional and classic cocktails!

Will you be Trying Portuguese Brandy Soon?

Whether you are new to brandy, or a seasoned veteran. We hope you seek out some of these Portuguese varieties! You’ll find that they deserve their place alongside the much bigger and more famous names. Let us know in the comments what you think of Portuguese brandy below!

Contents show
What is Brandy?
A Quick History of Brandy
Brandy Today
Aguardente and Other Portuguese Brandies?
Brandy and what has it got to do with Portugal?
Portuguese Brandy you Should try!
DOC Lourinhã
Macieira
Adega Velha
How to Drink Brandy?
Will you be Trying Portuguese Brandy Soon?