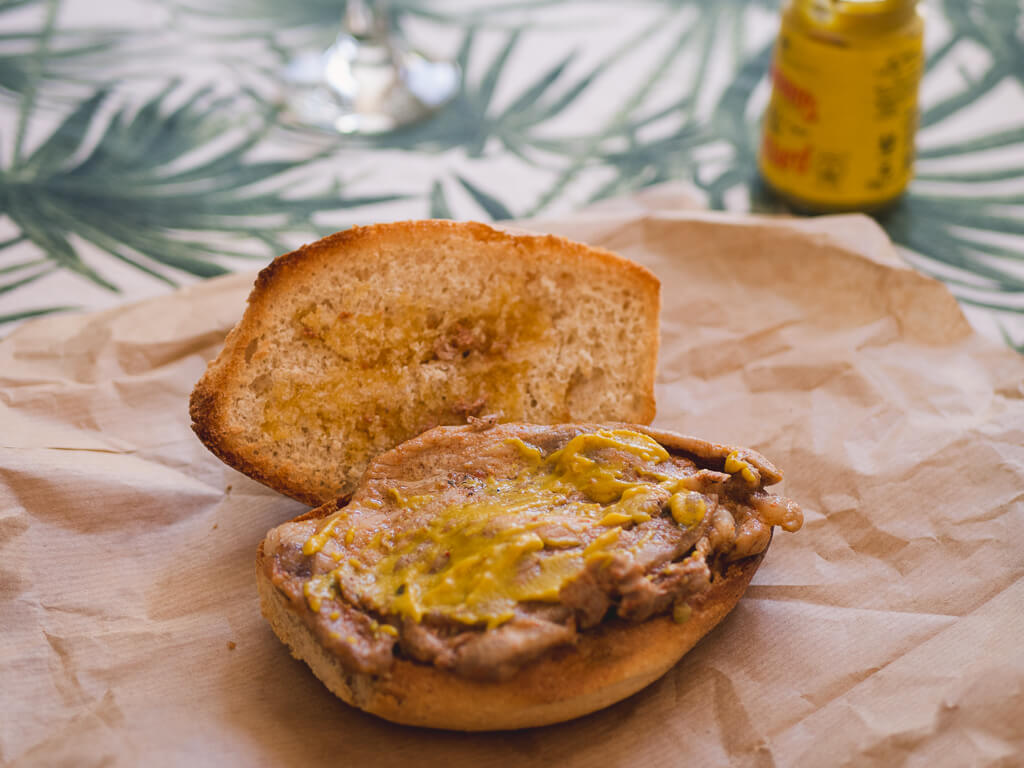 The bifana is a traditional Portuguese sandwich that comprises of a bread roll filled with marinated pork cutlets. The secret is in the marinade and how its cooked. It’s deliciously Portuguese and simple, made from garlic, white wine, and a few spices. When it comes together you have a brilliant snack that can and should be eaten at all times of the day. They’ll be found in your cafés and snack bars and can be as cheap as €1.50!

Contents show
Ingredients:
For the Marinade
To Fry
To Serve
Preparation:

Multiple cafés claim to be the original creators, and there are several different styles available. In the north of the country, they’ll add beer and passata to the sauce. While in the south they tend to stick to white wine. There’s differences in how the meat is prepared too. Some will keep it to a single tenderised pork cutlet, while others will cut the pork into small pieces or even shred it. Like many classics from Portuguese cuisine, there’s a lot of regional differences and pride invested in them. You’ll always find a heated debate, if you try to work out which is best. So to be precise, this Bifana recipe is the typical style you’ll find in the south of the country that originates in Vendas Novas.

Let us know in the comments if you’ve tried our Portuguese bifana recipe and what you think of it! If you’re hungry for more Portuguese sandwiches, we have some more recipes for a Prego no Pão and the mighty Francesinha!

Sign up for our newsletter! One email each week, with just our latest articles and recipes, no spam!

Contents show
Ingredients:
For the Marinade
To Fry
To Serve
Preparation: