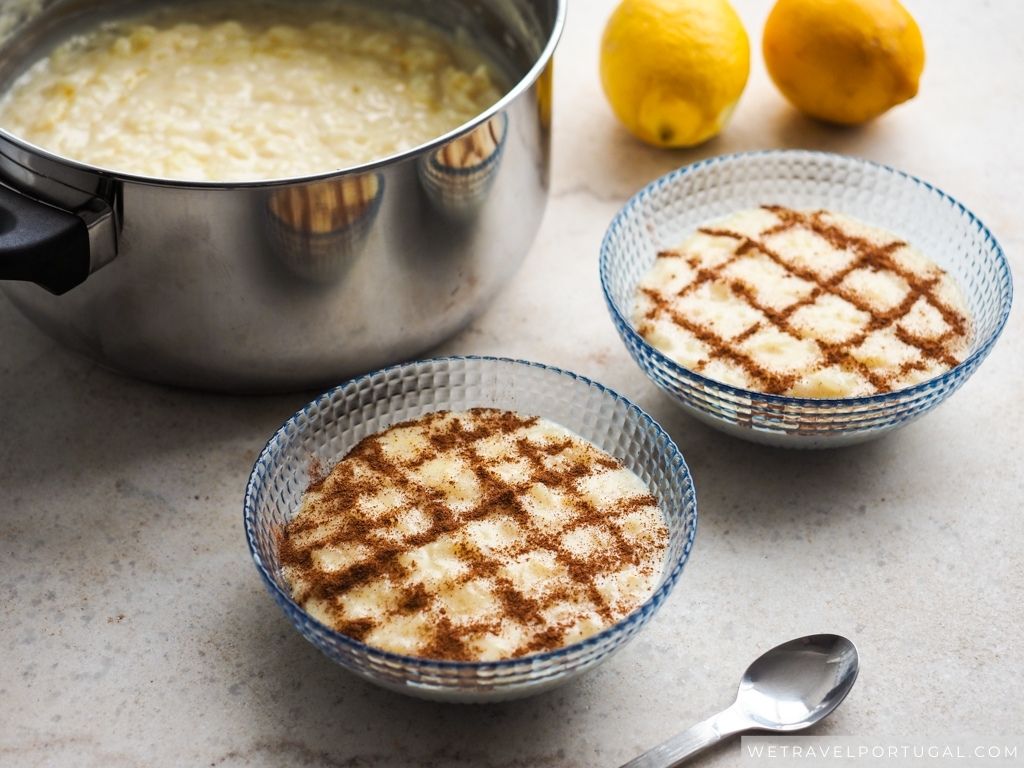 Arroz doce is a traditional rice-based desert known to many across Portugal. Although arroz doce can be directly translated as sweet rice. It’s better known as rice pudding for our English speakers, and milchreis for the German speakers. Essentially though, it’s a bowl of sweet and creamy rice made with sugar, eggs, cinnamon, and lemon peel. It’s no surprise that it’s a long-time family favourite in Portugal. You’ll find it everywhere from casual snack bars to gourmet versions at pricier restaurants. In the family home, it’s typically served at many Christmas feasts and present in many wedding traditions.

Rice itself is believed to have been brought to Portugal during the Moorish period, but only really became popular in the 16th century. Before that, it was almost exclusively the food of the elite. On the sweet-side of things, rice was primarily used in flour form to thicken milk and sugar-based desserts, before becoming the key ingredient of what evolved into Portuguese Rice pudding as we know it today.

The amazing thing? Making the perfect bowl of arroz doce isn’t even that complicated! It consists of cooking short-grain rice in water and milk seasoned with cinnamon and citruses peel, finished with egg yolks adding the characteristic golden colour of Portuguese desserts. Another typical feature of the traditional dessert is the handmade cinnamon-powder decorations on top.

As with many traditional recipes, some minor changes and variations are allowed and often encouraged. Our personal twist is the addition of a fresh vanilla pod, adding a luxurious twist to it!

Let us know in the comments if you tried our recipe for arroz doce! Or if there’s anything else you like to add to your own versions of rice pudding in Portugal!