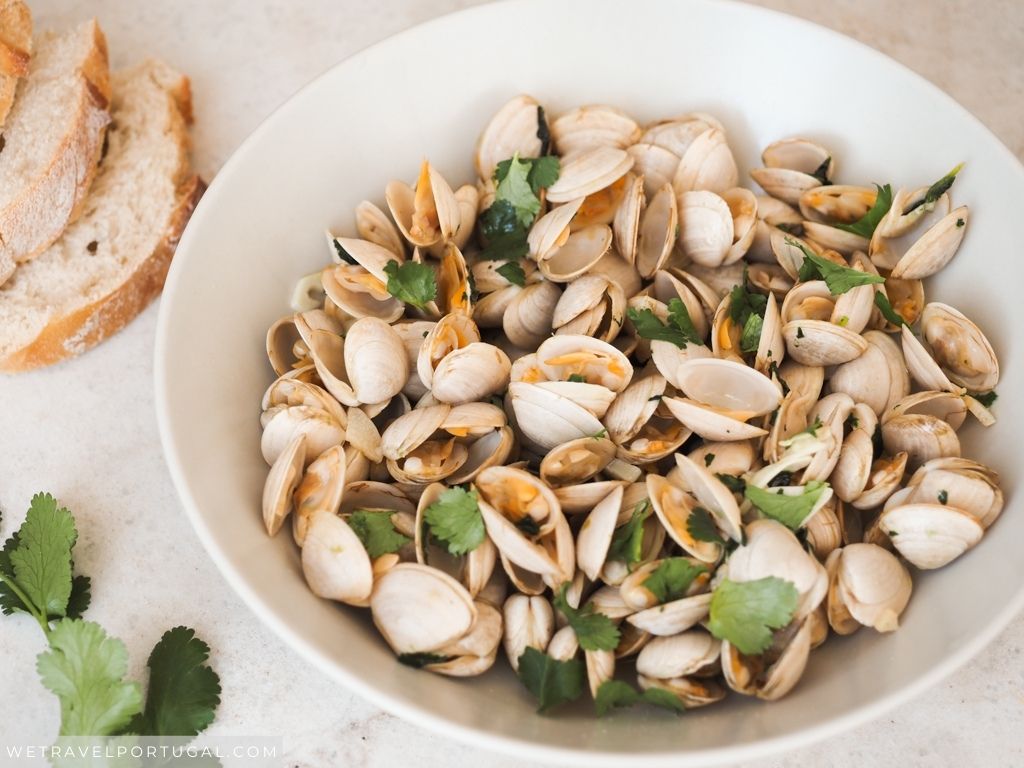 For most foreigners, the first thing we might think of when we see or hear the words Bulhão Pato is probably a delicious dish of clams. However, to the locals and fans of Portuguese literature, it’s actually the last name of a famous poet – Raimundo António de Bulhão Pato. So how did a 19th century poet become better known for clams, than his writing? Well, the local legend suggests a chef rewarded him for a mention in his book, by naming the dish after him. The chef’s name has since been lost, so there’s no way to confirm this. Alternatively, it’s also been suggested that the clams received their name, from being frequently served by Bulhão Pato at his parties to other notable members of the avant-garde community of writers, artists and cultural figures of Costa da Caparica when he settled in the late 19th century.

Anyway, to the dish itself. It’s a deliciously simple affair of fresh steamed clams, and a dressing of garlic, olive oil, coriander, lemon, and white wine. The white wine is optional and, depending who you ask, you’ll be told whether it’s necessary or not. We like to include it, and its always a good excuse to top your glass up while cooking. In 2011, Ameijoas à Bulhão Pato was also finalist in Portugal’s Sete Maravilhas da Gastronomia. Yes, the 7 wonders of Portuguese Gastronomy. It’s a famous, and well-known dish you’ll find offered in most seafood restaurants. Unfortunately, the dish would go on to lose to the culinary greats of the Pastel de Belem, Caldo Verde, and the Portuguese classic of grilled sardines.

For this recipe, we used Amêijoa Branca (White Clams), lots of alternatives are available, so pick which looks best or freshest at your local market of choice!

Let us know what you think in the comments! For some other delicious recipes featuring clams, take a look at our recipe for Carne de Porco à Alentejana, and our very own Clam Spaghetti!