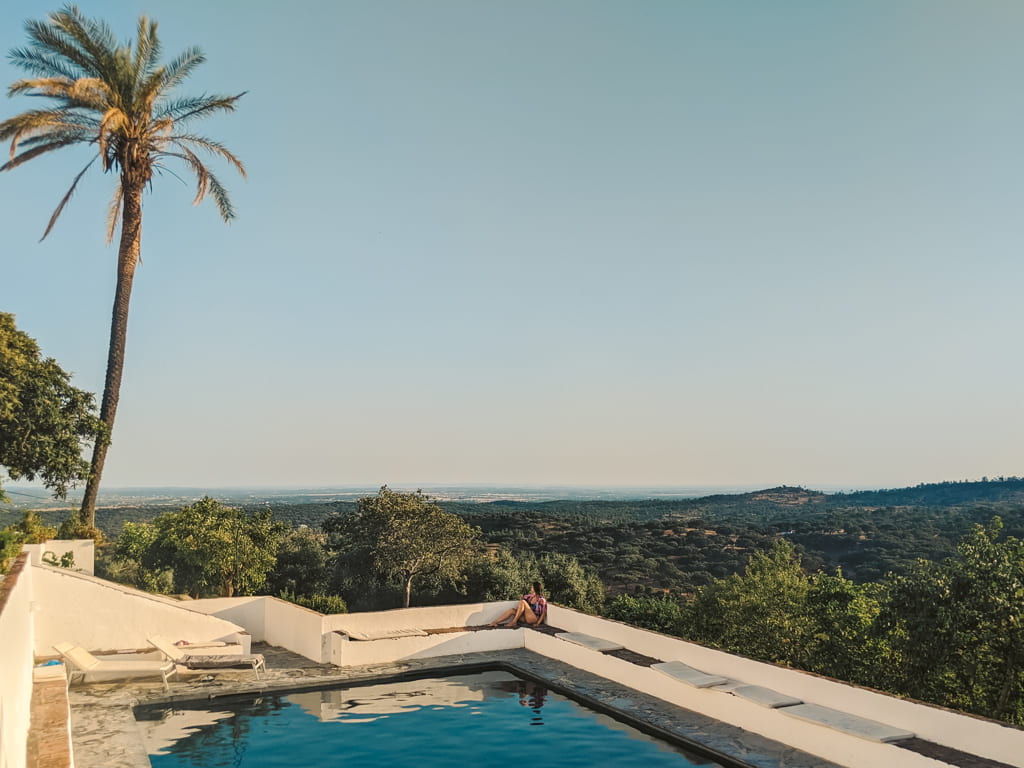 Summer of 2022 has arrived and if reports are to be believed then ”travel chaos” might have arrived to throw a spanner into your post-covid travel plans.

For those not in the know, what’s a staycation and what makes it different? The word is a portmanteau of ‘’stay’’ and ‘’vacation’’ and it’s all in the name. Literally, it means to stay and holiday in your home country rather than abroad. That could mean multiple day trips to explore nearby attractions, or longer road trips to explore more of the country you’re currently in. We think Portugal is a pretty exceptional place to do this. We’re already lucky enough to live in one of the most popular tourist destinations in Europe, so maybe we shouldn’t be rushing to leave it each time we get the chance to take a holiday!

Can You Responsibly have a Staycation in Portugal in 2022?

The answer is yes. Unlike the previous summers, restrictions have mostly been removed. Now you even don’t need to test on arrival to Portugal, that might sound great for anyone to returning to Portugal, however now a slightly different issue is affecting our travel plans. The rules for now are quite simple; masks on public transport, and the general advice for social distancing and regular hand washing.

Why a Staycation in Portugal Over a Traditional Holiday in 2022?

There are loads of benefits to staycationing. One of the big ones is much lower costs. Expenses can be much lower than a traditional holiday. There’s no need to book expensive flights, or even look at an airport. You can even have a staycation with no accommodation costs, if you stick to daytrips and local attractions. The pandemic has raised a lot of questions over how we travel, and in a tourist destination how we actually holiday when we get there.

What’s this about Travel Chaos and is it affecting Portugal?

2022 has arrived, and the new term is ”travel chaos”. What’s that? Well covid is still around and causing problems, members of staff are rightfully taking sick days, unfortunately during the busiest time of year. There’s not always the right numbers of staff, and in some cases flights are being cancelled. It’s not just your flights, but it’s also affecting the ground crews and airports themselves. It’s been well published in the Portuguese media the queues affecting immigration at Portuguese airports. And when people do make it through immigration, well in some cases their luggage doesn’t!

The chaos, or perhaps upheaval has also been noticed in the car rental industry, car fleets were reduced during the pandemic, and this year demand has far surpassed supply. Increasing costs for everyone – gone are the days of cheap car rental in Portugal for now!

The Benefits of a Staycation in Portugal?

Not only are you avoiding the new chaos, but there’s also less risk to both your health and finances. Staying local and planning to travel local means a lot less chance for things to change on the scale that they might upset your travel plans.

Another massive benefit is you get to support local businesses and restaurants. It’s no exaggeration to say that many many businesses, operators, and individuals are financially hurting. Following a year where some estimates suggest tourist occupancy in the Algarve was 80% lower in 2020 than in 2019. Many people working in the tourism and hospitality sector have faced extended closures, financial losses, and unemployment. The tourism minister Rita Marques has already announced the government do not believe tourism will bounce back to pre-pandemic levels until at least 2023. Choosing to holiday in Portugal might make a meaningful difference to your favourite hotels, restaurants, and attractions.

Perhaps the final benefit is you get to discover and even learn more about the country. Having a staycation pushes you to explore other parts of Portugal you might not know yet. There are historical, cultural, and natural attractions, that will increase your knowledge about the traditions and culture of Portugal. A short drive into the interior and you’ll find historic villages, castles, monuments and museums that aren’t as well known as the major towns and cities. Of course, the further you get from the more established tourist spots, the less English is spoken, it’s also a chance to practise your Portuguese!

Staycation ideas for Portugal in 2022

We’re big fans of discovering and publicising the lesser known, or at least less common places. As travellers ourselves, and as a travel blog, we leave the hectic coast for the less traditional places during the busy summer period. Read on to find out some of our ideas for your staycation in Portugal this year!

Mainland Portugal has 5 major regions, or regions that really feel different to each other. Although even these regions have major subdivisions, compare the busy central Algarve, to the more peaceful or rugged east and west Algarve! From North to South, you have Norte, Centro, Lisboa, Alentejo, and Algarve. This blog has an Algarve focus, because that’s where we live. Many of the regions are surprisingly accessible through both public transport, or your own vehicle. Although considering the current pandemic avoiding the major cities might be an important consideration to make. Depending which region you’re based in, exploring a neighbouring one might make a lot of sense.

It’s no secret, we’ve really enjoyed road trips in recent years. It lets you explore at your own pace, takes you away from the tourist traps, and opens you up to the unexpected. See a random café or bar that takes your fancy? How about that castle on a hill in the distance, even just exploring random signs pointing to tourist attractions you haven’t heard of. It’s an engaging experience and a great way to explore Portugal. If you don’t have your own vehicle and you’re thinking about renting a car to travel to any of these destinations then read our guide first! It covers everything you need to know before renting a car, and importantly how to save money!

Perhaps the most famous, and most publicised of Portuguese road trips is the EN2. It’s even been called the Portuguese Route 66. It’s the longest road in Portugal travelling from the northern city of Chaves, to the capital of the Algarve in Faro. All in all, it’s a 738km long route that cuts through the heart of Portugal, you’ll see some amazing scenery, historic towns and villages, and even four UNESCO world heritage sites. Obviously, it will take some time to complete the whole route, but most people prefer to take the slow option. Completing small sections over a small amount of time. A weekend here or there, a few days in each place, slow travel. It’s truly the best way to experience Portugal.

Discover the Wild Side of Portugal

Throughout the current pandemic, one of the main things pushed has been social distancing. One of the easiest places to social distance? The great outdoors. Portugal has multiple national parks, reserves, and hiking trails. Many of them quiet, less travelled, and a little out of the way for most people. Exploring these areas is a great way to exercise, see nature, and experience a wilder side to Portugal.

Serra da Estrela Natural Park – Serra da Estrela is the largest natural park in Portugal, the peak at 1993m high is also the highest point of mainland Portugal. It hosts nearly 400km of marked trails so there’s a trail for every activity level. Not just the impressive views of Portugal’s tallest peaks, you’ll find lakes, waterfalls, and historic villages too! If you don’t fancy walking, you’ll find horse-riding or mountain biking, and for the thrill seekers activities like paragliding, and rock climbing.

Rota Vincentina – The Rota Vicentina is one of Europe’s most spectacular networks of coastal trails. It comprises of over 200km of marked routes taking in an impressive amount of diversity, and some of the best scenery in Portugal. The Fisherman’s Trail, considered the pinnacle, runs for 125km along the coast. It will take you from São Torpes in the Alentejo, all the way to Lagos, in the Algarve. Some of the most dramatic sections can be found around Cabo de São Vicente. It’s the southernmost tip of the European continent, considered the end of the ‘known world’ where the Portuguese set sail in the Age of discovery. You’ll find dramatic cliffs, strong winds, incredible scenery, and unique wildlife – it’s home to the only colony of storks in the world that nest on cliffs.

Serra de Ossa – The interior of the Alentejo region is an achingly beautiful part of Portugal. Famed for its wine, cork, and pigs, you’ll find an abundance of historic villages that almost feel paused in time. The Serra de Ossa trail is a 12km loop that explores some of the long history of the region, taking you up to one of the highest points at 650m. Nearby you have the impressive museum town of Monsaraz, and Lake Aquelva too cool off in.

The Seven Hanging Valleys Trail – The Seven Hanging Valleys Trail is widely known as one of the best smaller hikes in the Algarve. It starts at Praia da Marinha and winds its way along the coast. You’ll have some of the best views of the famous Algarve coastline, find deserted beaches, catch a glimpse of Benegil caves and soak up some great sunshine hours!

Staycationing in Portugal in 2022

Will you be planning a staycation in Portugal for summer 2022? Let us know in the comments!