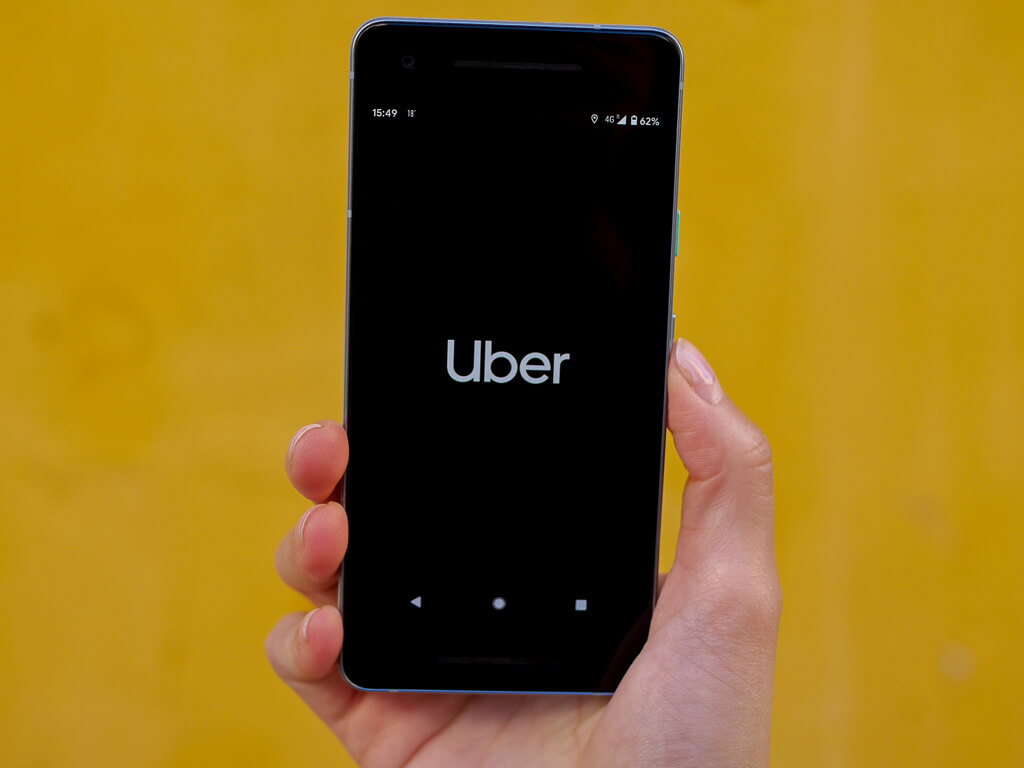 Uber, the useful but controversial ride hailing app is widely available in Portugal. We think it has many benefits and are regular users of the services ourselves. So, why should you use Uber in Portugal?

We’ll start with the basics, as sometimes I’ve recommended Uber, I’ve been given a strange look. Who and what is Uber? Uber is a service run through an application on your smartphone that allows you to book taxis. Before booking, you’ll be given an arrival time, journey time, a route, and importantly a price. Payment is also through the app using a bank card or Paypal account linked to your Uber account. This service is often called a ‘ride hailing’ app or ‘ride sharing’. Uber is not the only company to provide this service either, but as it’s the most popular its the target of this article.

Where is Uber available in Portugal?

Uber is now available in most of the bigger cities in Portugal including; Lisbon, Porto, Coimbra, Aveiro, Braga, and Guimarães. It also operates across the Algarve, although in practice in only the bigger cities, towns and resorts. As of late 2019, Uber is also operating on the island of Madeira. With its legal troubles behind it, Uber appears to be rapidly expanding. According to their own website, they’re available in this long list of places:

Is Uber cheaper than a normal taxi?

Yes. Sometimes by a lot, sometimes not by much. In general, an Uber will be cheaper than your average taxi, and much cheaper than your typical airport taxi. For example, at Faro Airport it costs around €10 to get from the airport to the city, using Uber it costs around €6. It’s similar in Lisbon, from the airport to Lisbon city centre with an airport taxi it should be between €15-20, with Uber its around €12-15. Again, it’s similar in Porto, from Porto airport to Porto city centre using a traditional taxi it will cost €23-30. Using Uber for the same journey it will cost €12-15.  However, some journeys, especially more local ones, aren’t always that much cheaper.

Why should I use Uber in Portugal?

So, if the price isn’t the only reason, why else should you use it? Uber has multiple benefits to the average user over a traditional taxi. The biggest benefits are often for travellers and visitors to places that they haven’t been to before. With perhaps the best one being the transparency around pricing and routes. These have been the traditional methods for taxis to overcharge visitors, by giving larger than normal fares, or by deliberately taking longer routes, or in some cases both! The routes are suggested by Uber, and you’re given a map of the route once your journey is completed. So you can see if the driver tried anything out of the ordinary. The same goes with pricing, Uber will give you an estimated price, which will only change if there’s additional delays. As well as this, there are multiple other benefits like:

Why shouldn’t I use Uber in Portugal?

Well in my opinion you should, otherwise I probably wouldn’t have written this article explaining how and why to use it! But, to try to be balanced here, I’ll also try to explain the other side and why you might not want to use it. From fuelling the ‘gig economy’, to driver safety standards, Uber’s rise has been a little controversial. Usually also marked with protests from both taxi drivers and businesses. The biggest were in 2016, and again in 2018, but more recently things have been quiet and since the signing of several laws you could say the situation has normalised.

So, should I support Uber?

You’re quite right for questioning this, and for good reason. We’ll try to explain the sides of the argument here. Anecdotally, most of the drivers I’ve spoken to are supportive of Uber, its usually the bigger industry figures, and small business owners that don’t. In essence, Uber has revolutionised the taxi market, making bookings simpler, quicker, and lower cost for the user. For the driver, they’ve freed them up, they don’t have to rely on a taxi group taking their cut, organising their routes, and restricting their area of operation. For the small business and taxi operators, they’ve seen their profits go down and their market share reducing. The fear, is that once Uber and its rivals squeeze out the traditional taxis and businesses, they can increase prices and pay their drivers less. It’s a nuanced situation and can’t really be summed up simply.

Some of the initial fears were from the core idea of Uber, anyone could use their car to earn money in their spare time. Obviously, this went against established taxi drivers and businesses with their higher costs and licenses. No longer did drivers need a private hire license, a ‘taxi’ like vehicle, or even be a part of a company with a traditional dispatcher. People could download an app and start picking passengers up directly. This challenged the established order, and rightly raised fears about who was driving, what was being driven, and overall passenger safety. It’s part of the reason they were banned and temporarily ruled illegal in Portugal in 2017.

Is Uber safe to use in Portugal?

Following the protests and the signing of new laws, Uber and their drivers had to implement new practices. Drivers have to have a private hire licenses (you’ll see the TVDE sticker in windows of vehicles), and Uber implemented its own rules. Vehicles have to be less than 4 years old, and the driver needs to have held a license for at least 3 years. All things considered, Uber is as safe as a taxi. The law also established framework protecting the drivers to a degree, so platforms like Uber can not charge more than 25% of the fare for each trip. Which relaxed some of the fears around the ‘gig economy’ and taking advantage of drivers in the future.

So Uber drivers are scam free?

Despite all the benefits, there are of course a few bad eggs in every industry. In three years of using Uber in Portugal I’ve still come across some bad behaviour that you should watch out for. Granted none of these are as bad as the usual taxi scams people are familiar with. The main thing is Uber gives you a way to dispute the payment, and you have the evidence of the map and your route and journey, if things do go wrong.

The second one, they’ll call or text you before picking you up to find out your destination. If it doesn’t suit them, they’ll cancel on you. It’s frustrating and they’re not supposed to, but they are able to cancel the journey before commencing it. Many of the airport Uber drivers prefer longer trips to resort towns, or shorter trips to the city centre. It usually means less waiting around for a return trip so more money for them. They do try to avoid smaller towns, or far away trips which can be frustrating. Especially after a long flight and you just want to get home!

This is about the worst behaviour I’ve experienced and while still much better than the nightmare stories you hear of with taxis it’s still annoying. The driver was friendly, and in the middle of telling a story simply missed his exit. He was very apologetic, but it did add about 3km and about 5 minutes to the end journey. In Uber terms it was about €2 and not much to complain about. I was willing to give him the benefit of the doubt as everybody makes mistakes. This was until it happened again for the second time in two weeks. After this I’ve been starting to think this might be a way of gaming Uber while remaining friendly.

To download Uber, you need to go to your phone’s app store. That will be the Google Playstore for Android users, or the App Store for IOS users. You’ll then need to download and install the app, sign up for the service, and register payment details. It’s really as simple as that to start booking your journeys. If you don’t already have the app, you should download and sign up for the service before you arrive at your destination in Portugal. Between roaming costs, airport wifi and even signal, you can get issues when you first arrive in a country with your mobile.

Are there alternatives to Uber in Portugal?

Uber is not the only taxi app that performs this service in Portugal. It’s the most well-known and perhaps, has the most drivers but it’s not the only option. You also have Bolt (previously known as Taxify), Free Now (previously known as MyTaxi), and Kapten. Bolt operates in the Algarve, Barcelos, Braga, Coimbra, Leiria, Lisbon, Madeira, Porto, and Viseu. While Free Now is only in Lisbon and Porto. Kapten is also only available in Lisbon and Porto. Quite often it’s the same drivers too, they’ll have all of the apps and pick and choose who and when to drive for. Why would you use an alternative? It’s as simple as pricing really, more often then not, the alternatives are cheaper and they don’t have surge pricing.

What is surge pricing?

Surge pricing is a concept where during times of high demand, the prices of journeys on Uber are increased. This is an attempt to control the demand in those areas, as some people will choose not to accept the higher prices and instead wait for a bit. This is often caused by bad weather, the usual rush hour, and during special events. These will result in higher than normal request for rides. If you’re not happy with the increased figure (it varys, but can be as high as 2.5x normal price), then you have the option to wait for a bit. Or to use another service. It’s at this point I usually open one of the other apps in the section above to see if there are cars available nearby.

Uber Pickup and Drop-off Points at International Airports in Portugal

Where to meet your Uber at Faro Airport – Faro International Airport

Of the international airports in Portugal, Faro is the smallest and has just one departure terminal. The pick-up or drop-off point referred to as Kiss & Fly is directly outside the terminal. Uber drivers will usually wait on the left-hand side of the departure area, you’ll need to keep an eye out as there’s multiple roads that lead in to this area.

The Uber pick-up and drop-off point at Lisbon Airport is at the departure area of Terminal 1. The departures area is located on the first floor. After exiting the terminal, cross the street and wait at the kiss & fly area for your Uber . Terminal 2 is a departure only terminal and it’s usually only for low-cost flights like Easyjet and Ryanair. If your Uber driver drops you off at Terminal 1, you can take the free shuttle from Terminal 1 to Terminal 2, it’s about a 5-minute trip.

At Porto Airport, there are two kiss & fly areas. One for dropping off and the other for picking up passengers. If you’re using Uber and being dropped off at the airport, they should drop you off at Floor 3 of departures. If you’re being picked up, they should be on the arrivals area at floor 0.

As mentioned, this is where your uber drivers should pick you up or drop you off. Most airports have special rules for spending too much time in the drop-off and pick-up zones that drivers want to avoid. So sometimes, you’ll get a call or a text asking you to meet somewhere else.

Do you use Uber in Portugal? We’d love to hear about your stories, good or bad, leave us a comment below!

Get all our latest content a few times a month!